De-Clutter, Un-Clutter, and Clutter No More 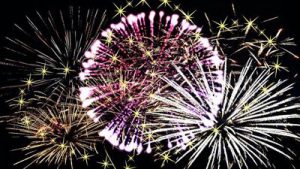 Happy 2016!
January is the perfect time to think about what the upcoming year will bring, and — crucially — what you want it to bring. it’s a time for resolutions, goals, lists of accomplishments; what you call them doesn’t matter as much as how you’ll tackle them.  If you’re here because decluttering has been on your mind for a while, and you’re determined to move the needle on this issue, welcome. The very first and most important thing to know is: You CAN do it. You WILL do it. And we’re here to help! We’ll be referring to other articles on our blog, which we’ve set up to be a series of practical and helpful resources. Let’s dive in.

Before we get into decluttering your things, let’s chat about what you brought you here in the first place. Because if decluttering were as simple as, oh, I’ll just pick up a few things in each room, easy breezy, and then I’ll be done and never have to think about it again, then you’d already have done so. (And you wouldn’t be reading this article, and we wouldn’t have written it.)

We’re not going to dwell on what brought you to this place. Instead, we’re going to focus on the future and on moving forward. Won’t that be nice? So 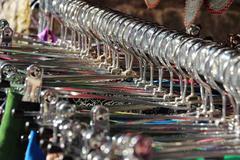 instead of chiding yourself for not having decluttered already (and if you’re still doing it, just stop. Take a deep breath, and tell yourself to cut it out!), we’re going to think of our clutter-free future.  Think about it. Picture it. Visualize it. What will that be like? What will your sense of accomplishment and pride be once this is first, a work-in-progress, and then, done?

Once you’ve got that firmly locked into place (and we do mean it. Don’t proceed without really spending some time getting yourself there mentally), we’re ready to begin. If at this point, you’re starting to feel overwhelmed, again, stop. Because we’re going to make this as painless and non-overwhelming as possible. That’s the whole point. Unless you’re that rare specimen who actually truly, deeply enjoys the time you spend cleaning (and if you are: that’s great! The rest of us envy you), then it’s going to take the rest of us a little bit more nudging and a little bit more work, to get there.

Your very first task is to get yourself a timer. Grab your phone or tablet, dig out your kitchen timer.  Next: Define a spot you’d like to start. For the purposes of this exercise, let’s say that it’s time to tackle that huge pile of clean laundry that you haven’t quite gotten around to folding or putting away yet. (And so perhaps instead you’ve been going through that in the mornings, pulling out items you’d like to wear, which in turn makes other items fall out, etc. etc.)

Third. This one optional but can be helpful. Pick a distraction that won’t get in the way of your work. So maybe load up a podcast and get some headphones on. Or put on some good music. Queue up Netflix on your tablet. Something that you can pay attention to while still doing your chore (that second part is super important. This is not going to work if you’re so mesmerized by what you’re watching that you can’t focus on anything else).

Next, set the timer for 15 minutes, and turn it on. And GO. Your only task for those next 15 minutes is the one in front of you. Do NOT move, do not walk away. Do not pick up the phone if it rings. Do not check your Facebook or Instagram feeds. Just don’t. Fold, fold, fold (LINK to blog). Put away, put away, put away.

And once that timer goes off, stop. Really stop. Get up, stretch, walk away. This part’s important because you’re keeping a mini-contract with yourself: You told yourself that it would only be 15 minutes, and indeed, it is. While you’re on a break, you’ll quickly see that that 15 minutes wasn’t the absolute worst. And chances are, you’ve gotten quite a nice little chunk done in that time. After that, maybe you’re done for the day, and you can do your next 15-minute chunk the next day. Or maybe you want to keep going. So set another 15 minutes, and go. Next, we’ll hit some two key places in your home with helpful tips about what will be most effective in your fight against clutter.

Quick: If you suddenly won a dream vacation and had 10 minutes to pack up toiletries for the next 2 weeks, which products would you bring? We’re guessing it wouldn’t be every single thing you have on your bathroom counter and in your bathroom closet. Bathrooms are some of the most over-cluttered places in our homes because of the sheer volume of products in them. If that’s also the case for you, spend your first 15 minutes decluttering your bathroom by making some choices. Minimize the products that you have out on your counters: Make a rule that you’ll only keep the products that you use every day. And definitely, dump any products that are past their expiration date. 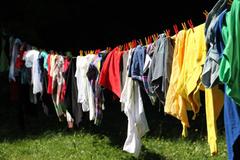 If you’re feeling in a purging mood, do just that: You can throw things away or donate them if they’re usable and in good shape. If you’re not in a purging mood, put all the products that you’ve removed from your counters into a box or bag. Find a place to store it that’s not in the way or underfoot. And put an expiration date on it that’s 6 months from now. If you haven’t used it by then, it’s time to get rid of it. (The exception here will be for seasonal products like sunblock. Store seasonal items together and only bring them out during that season.)

Let’s peek into your closets next. The same rule applies to items that you wear frequently, and things you just never wear. If your closet is bursting at the seams, it might just be time to get rid of some stuff. The oldie but goodie: If you haven’t worn it in a year, you probably won’t wear it, is a good rule of thumb here. Set your timer, and spend 15 minutes seeing if there’s anything that can be gotten rid of. 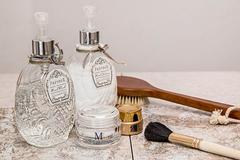 If you’re in a spot where you feel good about what’s IN your closet, let’s take some time to figure out HOW it’s being stored. The proper hangers can make a world of difference, and save you space plus get items organized. The proper folding techniques can be invaluable for both organization and space saving.

And of course, we must talk about boots, because that’s what we do! If you have a pile of boots currently 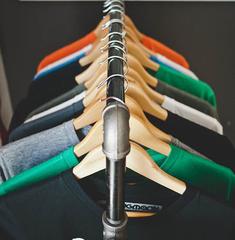 crumpled on your floor, or jammed into a corner on a shelf, get yourself a Boot Butler. You can hang multiple pairs of boots from your existing garment rod. There are no clips that dig into the boot material, and your boots will hang in a way that’s optimal for long-term care.

Finally: Once you’ve gotten to a place where you feel that you’ve gotten the clutter managed, it’s time to now live a clutter-free lifestyle. And for that, stay tuned for our next blog article on making organization a part of your daily routine, where we get into how to incorporate an organized mindset into your daily and weekly routines.